The Innova Krait is a unique distance driver, which has intrigued me since the first throw. I have written this Innova Krait review with the expectation that anyone will try it at least once in their life.

This driver is an excellent combination of high glide and minimal fade, making it ideal for powerful and straight drives from the tee.

Besides, this disc is suitable for beginners and new players starting to throw high-speed drivers. Keep reading to see more!

Overview of the Innova Krait

Last year, my friend lent me this distance driver, and my first impression of it was that it was pretty comfortable. I could have thrown it for both forehand or backhand shots without issues.

The Innova Krait quickly reminded me of the Innova Wraith, a comfortable driver that feels smooth to flick or release for a sidearm.

After throwing this disc a few times, I started to master its flight pattern, allowing me to maximize the distance and glide on each throw.

So I bet once you have understood how this driver will fade, it will be easy for you to control and make accurate throws from everywhere on the fairway.

Key information of the Innova Krait.

Here is some crucial information on the Innova Krait, including all kinds of plastic, throwing options, and weights.

This great disc golf disc is available in three molds, including:

Blizzard plastic is considered a hybrid between the original Champion plastic and micro air bubbles. More air added inside the rim gives this disc the same durability while reducing the total weight.

This light-distance driver is great for beginners or newer players who need to reach the same distance and flight as one sustained disc.

The Champion plastic is the most expensive and premium mold from Innova.

You get what you pay for, so it’s no surprise that this plastic is extremely firm, durable, and overstable.

The disc made from this type of plastic can collide with some obstacles, such as rocks and trees, and still maintain its flight characteristics.

GStar is, in my opinion, a flexible plastic mold. It is less stable and softer than most of the other premium plastics. It can be comparable to Champion or Star plastic that has been utilized and beaten in.

One of the great benefits of this plastic is that it can hold its flight pattern and shape longer, even longer than Pro or DX discs.

Best Throws for the Innova Krait

The shot type done with the Innova Krait will come down on the disc golfers and their skills, but here are some common uses of this disc:

If you are a skilled disc golfer, you will know that some discs are more controllable than others. The Krait is easy to launch and control for precise distances and lines.

The glide and speed number are the factors that determine how far a disc can be thrown. So through the Innova Krait specifications, it is easy to see that this disc will enable you to reach the maximum distance off the tee.

You can throw this disc straight at your target. Whether the Innova Krait is being thrown going straight at a basket or through a tunnel of trees, you will not have problems keeping this disc in a straight line.

The weight of the Innova Krait ranges from 130 grams to 175 grams. Generally, it is quite light for a distance driver.

The Innova Krait is a stable disc, which is less common than the under and overstable disc. But it still has an essential place in the bag of any disc golfer.

Using a stable disc will enable you to throw various shots, such as straight and completely flat.

Which Players Should Use the Innova Krait?

This disc is designed for golfers with high arm speed who prefer to reach out further with their throws.

For players who can throw a distance driver with a speed of 11 or 12 regularly, it won’t be challenging to learn to throw this disc.

The Innova Krait features an intermediate rating, making it ideal for disc players who have held previous practice and experience.

Newer players or beginners could learn to throw this disc. Honestly, they will have difficulty getting much distance out of it at first.

Where Can You Find the Innova Krait?

You can always easily and quickly purchase a disc golf disc, including the Krait, at the local disc golf shop. Alternatively, you also have the option to purchase online by visiting:

This site has various disc options with images for each individual disc. So it is easy to sort through, look at, pick, and buy.

At Amazon, you can easily buy Innova Krait and many other discs, such as Innova Valkyrie, Innova Leopard, Innova Beast, and Innova Champion. All you need to do is select the weight and make an order.

The Innova Krait is a consistent driver that allows you to gain extra distance out of all throws with its great value for glide.

Hopefully, after reading my Innova Krait review, you will want to give it a shot to see how great it is. Believe me; you will love it on the first try!

Thank you for your interest! 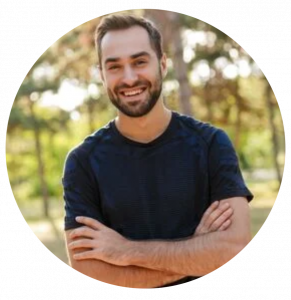 Hi Everyone! My name is Peter, Welcome to my blog. I’m a player and editor of https://yetidiscgolf.com– a website for disc golf lovers to come together and learn more about the sport. I love and share all knowledge about Disc Golf for everyone.